To actually understand the ladies and her ride, one needs to return ever to explore the courageous women who defied standard and road their horses in the freedom of the wind. Who could forget Joan of Arc or Annie Oakley. Two completely different women who followed their own council and fought due to their right to ride in a man’s world. Or the ladies warlords who fought while on horseback and brandished their swords with the best of them. (and yes, women really did that) What man could resist this type of women? Women’s love affair with the motorcycle began with the bicycle back in the 1800’s. They became hugely popular with women. Susan B. Anthony once said, “A bicycle has been doing more for the emancipation of women a lot more than every other thing in this world “.


When the motorized bicycle was developed in early 1900’s, it opened an entire new realm of adventure for the high-spirited woman of the day. Many women took to the open road not on horseback, but on the iron horse. Adventurous women enjoyed many cross country rides. Some were skilled enough to complete stunt riding. No mean feat, especially on the sooner bikes.

The ride for men and women are uniquely different. A person on his ride is master of the iron muscle and his testosterone kicks in while he uses his arms and upper body to manage the beast. He is lord and master of his ride. Women have a more subtle approach. They use their lower body and their curves to hug the open road. It’s a sexual bond between the bike and the woman. She can be master of the ride but she controls it with an increase of passion and finesse. There is something about seeing a woman on a motorcycle that makes you take notice. You can see the iron muscle being controlled with femininity. It’s the mix of power and aesthetics making it an irresistible combination.

There is nothing can beat the open road for both men and women. To experience the freedom and the wind, the sites you see and people you meet along the way that fuel the spirit and feed the soul. This experience is something no one can take from you. 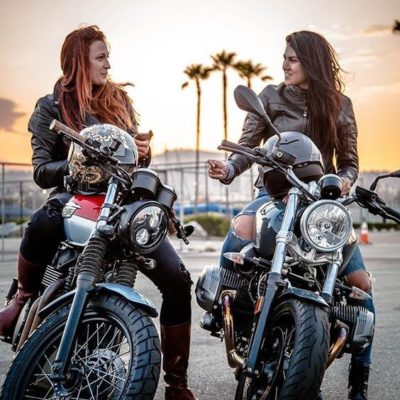